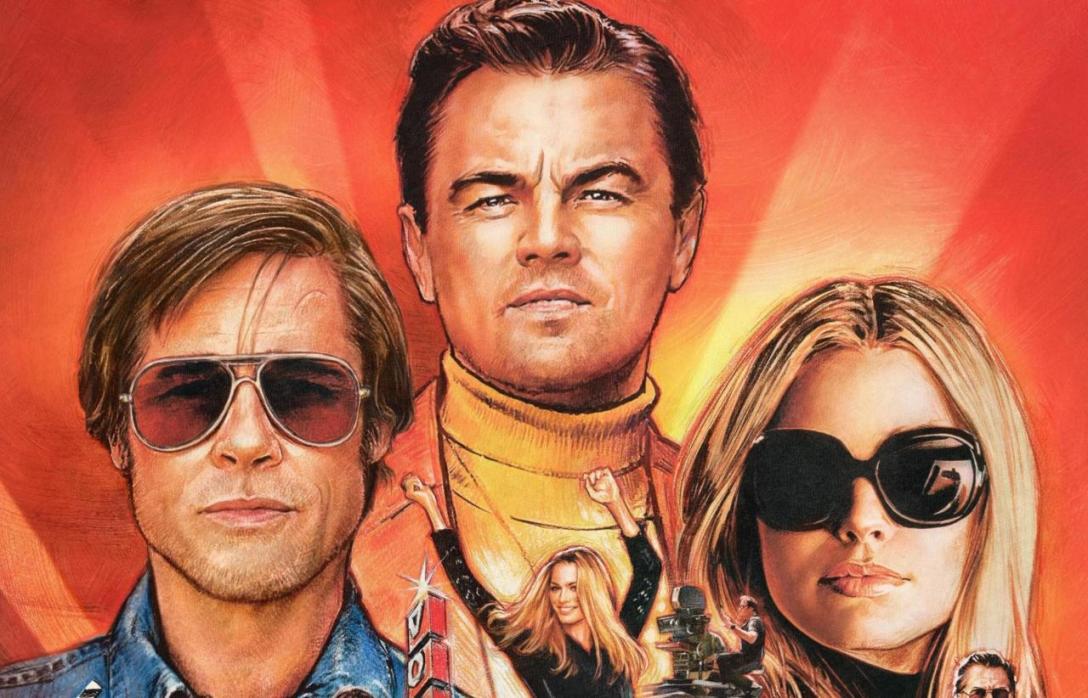 Needing to see Quentin Tarantino’s Once Upon a Time… in Hollywood again is an absolute given. As the credits played, I knew I loved it but couldn’t really process exactly why, as if a movie has to have some brute point that guarantees whether or not it clicks. Is there a point to it all? What does it all mean? Why does this happen? Why does that happen? Movies have become mechanical devices for delivering plot points, and audiences have been trained to enjoy a film based on how effectively it functioned as a device to deliver exactly what they expected.

Tarantino’s films often have that distinct pleasure of feeling completely immersive – as if we’re just hanging out and living – in a world that is recognizable but entirely belonging to its own universe of collective pop memory. Like the rest of his filmography, it is a joyous, unabashed celebration of cinema, of history, of culture, of people. Tarantino’s style is so signature at this point that it’s less like he’s referencing older movies and more like he’s referencing his own filmmaking. Less experienced or accomplished filmmakers might treat this kind of material either as a long-winded historical account or as pure exploitation. Tarantino straddles the line of exploitation and high art, of tastelessness and subversiveness.

Quentin’s ninth feature as a director (I count Kill Bill as one movie) is less focused on a straight forward plot like in Kill Bill or Django Unchained and more akin to the sprawling narrative and loose vibe of Pulp Fiction. Tarantino appears to be having the most fun he’s had in years. Here, the driving force isn’t so much a call to action, but the sheer pleasure of existing in a time and place that’s part nostalgia and part only-in-the-movies euphoria. The film revels in a sort of pop-culture-filtered dimension of Hollywood in 1969, between old glamor and new age violence, sun-drenched romanticism and the ever-looming threat of evil.

I’m not sure yet if it’s a masterpiece, but does it have to be? I will say it contains some of Tarantino’s strongest, most mature filmmaking. One sequence involving Brad Pitt’s cool-as-hell stuntman, Cliff Booth, infiltrating the Manson Family premises is as classically suspenseful and unnerving as anything Tarantino has ever done. Individual moments contain breathtaking clarity of vision, such as the extraordinary image of Margot Robbie’s Sharon Tate paying for a ticket at the local theater to watch herself in the movie she plays a side character in. The way Tarantino frames her in close up with the backlight of the projector – Robbie’s face expressing the vulnerability and joy of discovering a taste of stardom – is cinematic perfection, undercut by our knowledge of the tragedy that befell Tate in reality. By the end of the movie, when we realize Tarantino isn’t going to limit himself to the constraints of telling a historical account, the joy we felt with her in the cinema earlier is vindicated.

Leonardo DiCaprio gives one of the best performances of his career here as washed up actor Rick Dalton, who’s starting to realize he’s a has-been. Maybe the Academy could have waited to give Leo his Oscar for this, or they could just give him another one. This collaboration between Leo and QT is almost starting to outdo the Leo and Scorsese collab. Tarantino uses Dalton almost as a Forrest Gump-like witness to surroundings the audience will be able to recognize from history and popular culture, though he’s always humanized and not simply a prop, and Dalton is a genuine pleasure of a main character to hang with, one of QT’s most hilarious and memorable characters.

All of this glorious, pop-culture-drenched, 35mm ballet culminates in, quite frankly, one of the most shocking explosions of violence I’ve seen in a mainstream film. Tarantino really doesn’t fuck around here. And yet, because of the sardonic humor and the catharsis offered by twisting the narrative, the movie avoids descending to the level of pointless shock value. The nasty events even lead to a blissful alternate reality that is sincere and quietly moving, if still touched by the melancholy of our reality and the seedy underbelly of a time and place steadily going to hell.

Once Upon a Time in… Hollywood is certainly an experience only Tarantino could provide, and one only the movies could provide; it’s pure magic. Despite some of the usual QT viciousness and pitch-black comedy, this is one of his most light-hearted and pleasurable films, but with a biting edge that lingers. It’s like being immersed in a glamorous alternate reality where you know there’s atrocities being committed all over the place, but hey, at least you’re in Hollywood babe. Now let’s go to the movies.

One more thing: If you want to see this movie, GO SEE IT IN THEATERS. PAY TO SEE IT IN THEATERS. I assure you, it is worth seeing on the big screen. It’s a Tarantino film. He loves cinema. You can see that in every frame of this movie, and your maximum enjoyment of that is best experienced on the big screen, and better yet, on a screen that employs 35 mm film projection. It is CRITICAL that movies like this succeed at the box office. It is scary to see that the only movies making money in theaters are Disney franchise films. We need original cinema. Support it.

View all posts by Alex Gratzer