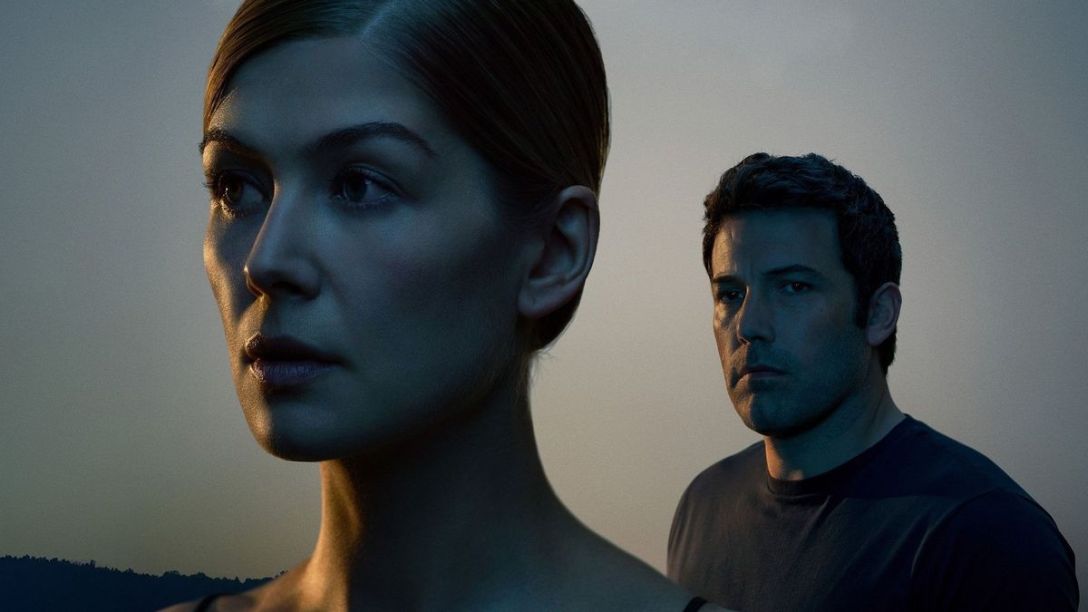 “I am so much happier now that I’m dead. Technically missing, soon to be presumed dead. Gone.”

Gillian Flynn and David Fincher’s Gone Girl, based on the novel (my favorite of all fucking time and written by Flynn), is a full-fledged masterpiece. Especially if you’re into the queasy tension and nasty cinematic flair of Fincher, who outdoes himself at every turn with each passing scene. Rosamund Pike is phenomenal as the sociopathic and deeply lovable Amazing Amy. It’s up there on my list of favorite performances of all time. I remember walking out of this movie for the first time; I overheard an older couple talking about it and the woman said, “That was so nasty. It was no Alfred Hitchcock.” Well, the thing is, Alfred Hitchcock (dirty bastard), wished he would have made this movie. Gone Girl is a salacious spectacle of endless entertainment and a scathing satire of gender roles, the media, true crime, marriage, and everything else. Amy’s wrath has no limits.

Jordan Peele made probably the most stratospheric directorial debut of the century with this one. A ‘social thriller’, as it’s been dubbed, Get Out is really just a splendid horror film, ticking all the boxes of the suspense movie checklist while providing a great new twist and clever commentary on liberal elite racism. It’s also the victim of that new-age argument about ‘elevated’ horror and what genre these movies (think The Babadook, It Follows, Hereditary, Midsommar) fit into. Let’s be clear: Get Out, like the rest of ’em, are horror films. Comedy is a knife’s edge away from horror, which is why Jordan Peele, with his comedy background, is probably the best horror filmmaker working today. He understands that a certain situation can be funny or scary, depending on how far it’s pushed in one direction. The scares in Get Out aren’t based on loud noises or cats jumping out, they’re based on the audience’s shared, deeply rooted social fears and anxieties with the protagonist (played beautifully by Daniel Kaluuya). Like all the best horror films, this one works because it taps into our deepest fears and exploits the shit out of them for entertainment. We come out of the movie having had a cathartic experience.

Mad Max: Fury Road is the best pure action movie of the century. It’s basically one extended chase sequence, but it’s so glorious, so spectacular, so endlessly inventive that it reminds us what we go to the movies for in the first place. And it doesn’t sacrifice character or emotion for pure thrills; they’re all woven into one seamless experience. In Fury Road, all of the characters feel like natural extensions of the mechanics and vehicles they utilize and worship. Director George Miller, creator of the Mad Max universe, does some genuinely fantastic world-building here, making the setting feel vast and endless without pausing the flow of the movie. Charlize Theron is terrific as always, getting to play one of the best characters ever committed to film. Where’s the Furiosa movie?

You probably haven’t seen this movie. Fix that. Margaret changed my life as a film-lover. It’s one of those movies that you don’t see coming, and it donkey punches you. Anna Paquin is so unbelievably phenomenal in this Kenneth Lonergan (Manchester by the Sea) directed masterpiece, and in a different timeline, she won the Academy Award for best actress. It’s about a high school girl, Margaret (Paquin), who witnesses a bus accident kill a woman (Alison Janney) on the street. The incident acts as the catalyst for a perceptive and heartbreaking and beautiful coming-of-age movie of sorts. There’s no clear or easy way to identify what KIND of movie Margaret is. You just let it happen to you. It took my breath away.

Oh shit, another David Fincher movie? Sure is! This is the one most people have on their lists of best of the decade, and for good reason. A movie about the creation of Facebook inherently sounds like a grating and terrible experience, so it’s a testament to Fincher and team that they made such a nuanced and captivating and even hilarious film. The Social Network also features perhaps one of my favorite opening scenes in a movie. Rooney Mara is breaking up with certified asshole Mark Zuckerberg (Jesse Eisenberg, playing himself), and she perfectly delivers the most show-stopping line of dialogue in Aaron Sorkin’s delirious script, “You’re going to go through life thinking girls don’t like you because you’re a nerd. I want you to know from the bottom of my heart that that won’t be true, it’ll be because you’re an asshole.” SHIT.

How much fun is Black Swan, you guys? Come on. Darren Aronofsky is an AUTEUR, and Black Swan is an arthouse, Argento-esque, lesbian horror phantasmagoria that made $100 million at the box office because it just fucking slaps. Everything about this movie works. Clint Mansell’s hypnotic score evokes a twisted version of Tchaikovsky’s Swan Lake, Natalie Portman infuses sympathy to her freaked out, repressed ballerina, and Aronofsky completely sells the duality theme of his giallo-inspired nightmare. Black Swan represents the narrowing of sanity into a singular focus that only sees duel roles at war – black vs. white, man vs. woman, dominant vs. submissive, me vs. myself. It’s the classic Aronofsky signature with the deliciousness of an old school Hollywood horror movie. And it was perfect.

What is there to say about Midsommar that I haven’t said to everyone I know in person or online since July 2019? This is not JUST a horror movie, for people who are worried and don’t typically like that sort of thing. But I also don’t want to casually recommend this to just anyone. It’s a rough movie. The opening minutes feature a sequence so disturbing and nauseating that you’ll know by the opening credits if you can handle it. Having said all that, this is a massive achievement; confidently and beautifully directed by Ari Aster. It’s his second film and he has the skill of master filmmakers. What I love most about Midsommar, I think, besides Florence Pugh’s unbelievable performance, is the way the movie has put some sort of order to chaos by the end. Our lives are so defined by these circumstances that are beyond our control, that a way to find peace and understanding, even through horrifying means, feels right. By the end of Midsommar, our perspective has been completely realigned. We’ve lost our sanity right along with Florence. Or has everyone else?

Her features some of the most beautiful and impressive world-building of any movie I’ve ever seen, and it isn’t a big budget adventure, but a quiet and melancholic drama about connection. This is the best film I’ve ever seen about what it means to truly connect with someone in a world where our online presences are gradually overtaking our realities. Joaquin Phoenix gives a lovely performance as a man who falls in love with a futuristic software designed to be a romantic partner, voiced by Scarlett Johansson. It sounds dumb, but we are already in a world where that kind of thing is not only possible but plausible, and think about how we could potentially have our favorite celebrities be our personal companion. I would fall in love with numerous people. Anyway, this is a gorgeous film, truly romantic, and, unlike most movies about futuristic technology, it’s hopeful and thoughtful and not just about death and explosions.

Good lord, what an exquisite film this is. Barry Jenkins said, “Hey! I’m here!” with this one, winning the Academy Award for Best Picture in the most hilariously dramatic moment in Oscars history. Moonlight tells the story of Chiron during three critical times in his life growing up as he struggles with his sexuality, his addict mother, and an important early friendship that saves him. This is just a wonderful story, and so deeply moving that by the end, you just sit there in silence. The greatest gift cinema can give us is an empathetic look into the lives of others, and Moonlight offers us just that.

In Parasite, director Bong Joon-ho creates the perfect Hitchockian setup for everything to go wrong: A young man from a poor family gets a job working for a rich family, then gets his entire family jobs, one by one, in the rich family’s house. If it sounds too easy and too good to be true, that’s because it is. To spoil the rest would be evil and sadistic, because Parasite goes from one thing to another in ways that remind us how fun it is to be surprised by a movie, in a world where stories are basically copy and pasted. Every shot in this movie perfectly captures the tone and the theme while effortlessly flowing to the next. Nothing is out of place. There’s no unnecessary scenes or characters. Better yet, it isn’t until after you’ve seen it that the fun really begins – in your head. Like a parasite, it infects you and feeds off you. You’ll never forget it.

The Rest! (In Alphabetical Order)

The Cabin in the Woods

Manchester by the Sea

The Shape of Water

The Tree of Life

View all posts by Alex Gratzer